Kings Ripton is a small village of some 80 dwellings which is listed in the Domesday Book. It has some pleasing cottages and half timbered houses. The most notable of these houses being The Limes a Grade II listed building which stands opposite the church.

The church is, in part, of the 13th century with a piscina of that period and a Norman font. 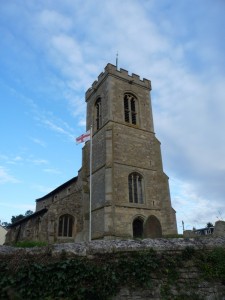 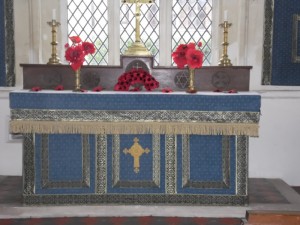 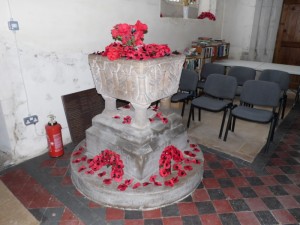 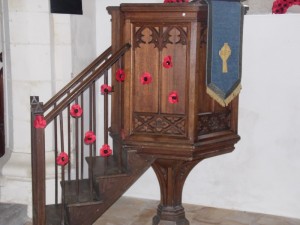 There is also a Quakers Burial ground to the rear of ‘Quaker’s Rest’ on Ramsey Road where James Nayler a notable Quaker is interred.

The Village Hall which is situated in School Lane is a converted Victorian Schoolhouse.

If you want to use the hall, please contact Michael or Elspeth – 01487 773120 – email michael.krause@btinternet.com

The volunteers who organise events always welcome a bit of help.

The Village Hall has been improved with the help of grants through the Landfill Communities Fund from Grantscape and FCC/WREN. 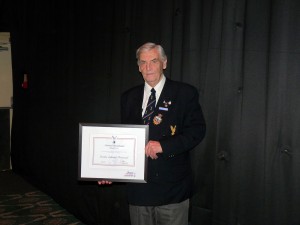 On 20th March 2015 Gordon Townsend was invited to receive an award which is the highest award given by the Royal Air Force Association (RAFA) to mark 20years of voluntary service to the Huntingdon & District Branch of the Association over the past 20 years.

His contribution was as social secretary for 5 years and driving the bus on days out for the members, organising speakers for the monthly meetings,quiz master, catering and Standard Bearer. His collecting for the wings appeal in the cold and rain over the years and the parades which entailed many parts of the country in his uniform and carrying the standard brought a lot of attention and interest in the RAFA. Sadly due to illness he is no longer able to carry the standard and misses doing it but still goes to parades and ceremonies.